Abstract: "Animal and Eve: How representations of wolves and sheep are used to construct human identities"

Yesterday I wrote and submitted the following abstract to the international workshop "Humanimals: Examining Histories and Productions of Animal-Human Relationships", to be held in Oslo September 26-27th:

Animal and Eve: How representations of wolves and sheep are used to construct human identities

The questions of the nature of the wolf, sheep, and humans, are methodologically problematic for two different reasons: Human’s nature because we are the topic to be investigated; the wolf’s and the sheep’s nature because we are not wolves nor sheep. However, what we think about what it is like to be a wolf or a sheep actually says a great deal about what it means, for us, to be human.

Wolves and sheep are among the animals that have been the most significant in terms of cultural impact. The animal representations involving these two animals – which are often perceived as being in fundamental opposition to each other – are countless; only a few examples can be mentioned in this paper. These include wolf-derived names from Adolf Hitler to Varg Vikernes, words and expressions (“lone wolf terrorist”), fairy tales and Bible stories, and canine or ovine appearances in a number of contemporary TV series and movies. Whereas the werewolf is conceptually a wolfman, the hilarious 2006 movie Black Sheep introduced the weresheep (and thus the sheepman).

In popular culture, the wolf symbolizes evil, bottomless hunger, and raw sexuality. The fact that in old Norse “vargr” (cf. the Swedish varg), the word for wolf, meant “outlaw”, and was also used in the sense of “murderer”, “slayer”, is telling of the way we routinely attribute human characteristics to wolves, and vice versa. To some extent the same can be said about the sheep, which traditionally symbolizes that which is to be protected, flock animals, and stupidity.

This paper will draw on semiotics, philosophy, and Human-Animal Studies at large. 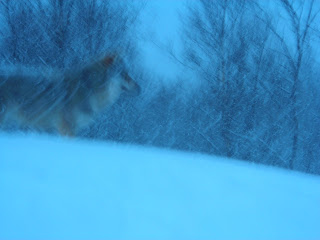