Article to be written to special issue of Agora: How unique/distinctive is the human kind?

The theme of my contribution, which is due February 1st 2014, will be the question of how unique/distinctive the human kind is in comparison with other animals/creatures, based on Umwelt theory (and secondarily - or in parallel - Jakob von Uexküll's own view in this context). It is further likely that I willl touch upon David Abram's book Becoming Animal and Dominique Lestel's claim that the animal is the future of Man. The Special Issue will appear as Agora no. 3/2014. 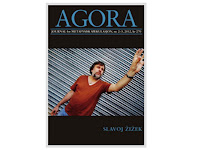 Looking forward to reading your essay. Will you remind us of its publication through this blog? I would very much appreciate it.
Best.
Margarita

Yes, I sure will (PS: note that this specific article will be written in Norwegian...).

Oooops. Failed to notice that. I don't think I can learn Norwegian before its publication XD.