Video clip 'Wolf play' to be featured in Discovery documentary

Today I was contacted by October Films (London, UK) concerning a TV series they are producing for Discovery International. They have requested to make use of my video clip "Wolf play" (recorded in Polar Zoo March 2010 and currently shown some 55.000 times on YouTube), and I have granted them license to do so. I have requested the end credit (to be shown in the final credit sequence) "Morten Tønnessen (http://UtopianRealism.blogspot.no/)".

The documentary series is called "Deadly dilemmas" and is expected to air in Europe on Discovery Channel in early 2014.

This week's post in the blog of Minding Animals Norway is written by me. It is entitled "Måkeungen og kattungen: En historie fra virkeligheten om Brannvesenet og Viltnemnda" [The young seagull and the kitten: A real life story about the fire brigade and the /Wildlife Committee/]. The main point is that while the kitten was rescued - from a lake - by the fire brigade, the responsible authorities gave advice to the effect that the young seagull's head should be crushed against the wall. Why do we treat two animals of different species, both in dire need, so differently? 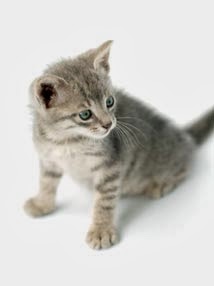 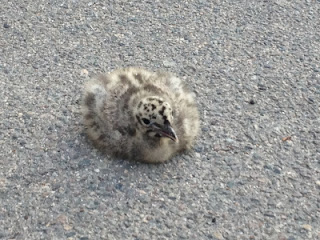 Posted by Morten Tønnessen at 11:08 No comments:

On September 15th, the (e-mail distributed) newsletter of the Research Council of Norway linked to a story they published online September 9th, entitled "Kultur- og samfunnsforskning får flest norsk-estiske EØS-midler" [Culture and Social Research receives most Norwegian-Estonian EEA Grants]. As the story narrates, 6 of the 13 projects that got funding under the EEA Norway Grants scheme were within culture and social research. This includes the research project "Animals in changing environments: Cultural mediation and semiotic analysis", where I'm involved.
Posted by Morten Tønnessen at 11:09 No comments:

This Monday I taught for 4 hours at University of Stavanger's Department of health studies, in the course in introductory philosophy (SVEXPHIL-2). While group work assisted by me was on the agenda for the first, second (topic: phenomenology and hermeneutics) and fourth hour (writing-related), in the third hour I gave the second part of my course in academic writing.
Posted by Morten Tønnessen at 10:59 No comments:

Teaching at UiS 18/9: Ethics and humanity

Yesterday I taught for 3 hours in the master course for health science students "Vitenskapsfilosofi og etikk" [philosophy of science and ethics] at University of Stavanger's Department of health studies. The topic was introduction to ethics, and what I did was go through the first six chapters in António Barbosa da Silva's (ed.) book Etikk og menneskesyn i helsetjeneste og sosialt arbeid [Ethics and /view on the human/ in health care and social work]. I was further present while colleague Anne Norheim lectured for 2 hours on a similar topic.
Posted by Morten Tønnessen at 10:55 No comments:

Interview/comment on happiness and philosophy of life in women's magazine

This Wednesday I was interviewed by phone by the Norwegian women's magazine "Alt for damene" [Everything for the ladies], on the topic of happiness and what we can "demand" that life gives us. I was commenting on this representing my philosophy business, Spør filosofen [Ask the philosopher], which got the request.

The brief interview, or statement, will appear in print in the issue that is published in late October. 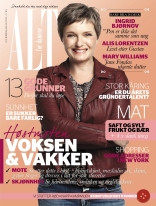 Posted by Morten Tønnessen at 11:33 No comments:

Labels: Alt for damene, Ask the philosopher, happiness, interview, philosophy of life, SPØR FILOSOFEN, what we can demand that life gives us, women's magazine

Today I have received the preliminary program for the international workshop Humanimals: Examining Histories and Productions of Animal-Human Relationships, which is to be held in Oslo, Norway, on September 26-27th. My paper "Animal and Eve: How representations of wolves and sheep are used to construct human identities" has been scheduled for presentation as part of the second day's Panel 1 (09.30-11.00), along with papers by Terje Finstad (NTNU) and Senna Middelveld (University of Aberdeen). Carla Freccero, the workshop's keynote speaker, and Gro Ween will serve as discussants.

Posted by Morten Tønnessen at 11:16 No comments:

This Monday I taught for 4 hours, in the bachelor course Examen Philosophicum. The course is designed for nursing students, but some 20 students in biological chemistry have joined the course this autumn. This week's teaching involved 4 x 45 minutes of lectures, with phenomenology and hermeneutics as topics.

Straight after class I met with my head of department and office manager to discuss the Estonian-Norwegian research project "Animals in changing environments: Cultural mediation and semiotic analysis".
Posted by Morten Tønnessen at 12:06 No comments:

Ethologist Marc Bekoffs (professor emeritus at Colorado University - Boulder) video greeting to the Norwegian Animal Ethics Conference 2013, which took place August 22nd, is now available on YouTube, on the YouTube channel of Minding Animals Norway. It is called "How to live peacefully with other animals: Marc Bekoff's video greeting" and is some 4 minutes long. 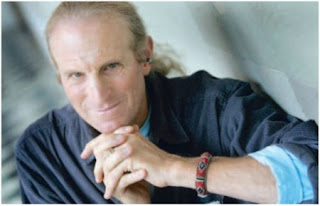 Posted by Morten Tønnessen at 11:56 No comments:

The forthcoming collection edited by John Hadley and Elisa Aaltola, which was formerly titled Animal meta-ethics: New directions in animal philosophy, now has a new work title: Animal rights and philosophy: The next generation. I am involved with the chapter "Beyond sentience: Biosemiotics as foundation for animal and environmental ethics", co-authored with Jonathan Beever.
Posted by Morten Tønnessen at 11:12 No comments:

Here are the results of the call under the Norwegian-Estonian Research Cooperation Programme, annunced September 2nd.

In the programme committee that evaluated the applications there were two Norwegians and three Estonians. 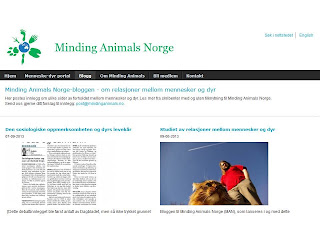 Posted by Morten Tønnessen at 11:41 No comments:

The Human-Animal Studies anthology Hvem er villest i landet her? Råskap mot dyr og natur i antropocen, menneskets tidsalder [Who is wildest in this country here? Brutality towards animals and nature in the Anthropocene, the age of Man], published by Spartacus forlag/Scandinavian Academic Press, is currently no. 10 on the publisher's Top 10-list of bestselling books.
Posted by Morten Tønnessen at 11:32 No comments:

Abstract for Lund guest lecture: "The ontogeny of the embryonic, fetal and infant human Umwelt"

This, below, is my abstract for the forthcoming guest lecture (October 24th) in the research seminar of Centre for Cognitive Semiotics, Lund University. The abstract also appears on their webpage.


The ontogeny of the embryonic, fetal and infant human Umwelt
Morten Tønnessen, Associate professor in philosophy at University of Stavanger

In this lecture I will outline the three first stages – namely the embryonic, fetal and infant stage – of the lifespan of our subspecies Homo sapiens sapiens in Umwelt terms. Umwelt transitions, defined as lasting, systematic changes within the life cycle of a being from one typical appearance of its Umwelt to another (Tønnessen 2009), will be identified. Comparison will be made with the general, shared Umwelt of mammals (Mammalia). This enables us to pinpoint some uniquely human developmental traits.

In terms of the tripartite Umwelt model (Tønnessen 2011), the lecture will cover the early development of the core Umwelt and the mediated Umwelt, and the initial emergence of a conceptual Umwelt. The designated phase(s) of human development envelops the gradual emergence of various senses, the emergence and fine-tuning of Umwelt objects, early phases of human individuation, and early sociality.

Birth, the individuation event per se, arguably represents the most significant of all Umwelt transitions at the organismic level. But by that point the more-than-human Umwelt gradually becoming human has already developed for some nine months. What – if anything – is it like to be an embryo? And what is it like to be a fetus? And an infant? When and how does subjectivity first make its appearance in the life of a human being?

In the womb, the Umwelt of the embryo and later the fetus is intimately tied to that of the mother. Which, then, is the most useful term in this analysis – communication (between the two), or auto-communication (within the whole that is the pregnant woman)? To a large extent the same can be said about the infant Umwelt – the mother-and-child (and perhaps the mother-and-father-and-child) Umwelt assemblage is an ecosystem of sorts. The mother is the progeny’s first landscape, and the mother’s body (or rather body-landscape) represents Earth, nature, as first perceived. Human sociality, on its side, emerges gradually, starting in the fetal stage, perhaps when the voices from beyond our first landscape are first heard and engaged with. We start interacting with others long before we become aware of who we are.

My 2010 article "Steps to a semiotics of being" (Biosemiotics 3.3: 375-392) is cited/mentioned in Prakash Mondal's Biosemiotics article "Does Computation Reveal Machine Cognition?". Reference:


Semiotic causation, which consists in bringing about effects through interpretation (Hoffmeyer 2007), is also a part of human cognitive processes. In fact, Tønnessen (2010) thinks that semiotic causation, in addition to four Aristotelian causes: material, formal, effective and final causes, is necessary for all life processes.

Here's the paragraph in Steps that Mondal refers to (p. 378):


In the article published in English as “The new concept of Umwelt: A link between science and the humanities,” Jakob von Uexküll (2001: 114) addressed the existence of a perceptually oriented pre-modern science: “There have been times when the goal of scientific endeavor was to study the perceptual side of things. [...] Kepler was looking for a design—Newton was looking for a cause for the same phenomenon.” Here, a ‘cause’ is taken to represent only one of Aristotle’s four categories (only the efficient cause, related to motion), which is typical of modern understanding. Perhaps we need to develop a concept of semiotic causation—perhaps such a notion is what we biosemioticians have been, and are still searching for.

Mondal is based at Indian Institute of Technology Delhi, New Delhi.

Posted by Morten Tønnessen at 11:07 No comments: