Promo video for event on the 7 cardinal sins

Christianssands Protestfestival 2011 is getting close, and by now they've made a promo video for the last point in the program this year, seven talks on "The 7 cardinal sins" (including on the sin of sloth, by me), which can be watched on Youtube or on the web site of Protestfestivalen. (Complete program here).
Posted by Morten Tønnessen at 12:24 No comments:

My philosophy company "Spør Filosofen" (Ask the philosopher), which offers my services on the event market, for one thing, has issued its first newsletter - in Norwegian.

Yesterday, August 25th, "Arne i 100" [Arne, 100...] was founded in Oslo, Norway, as an association/society aiming to celebrate the 100 year anniversary of deep ecologist Arne Næss' (1912-2009) birth January 27th 2012 (in the University Aula, Oslo), and to help arrange "the Arne Næss year" 2012-2013. I took part via Skype. I was thus one of the seven co-founders of the NGO, along with Kit-Fai Næss and others. I was also included as a member of the board, along with 8 others (Kit-Fai Næss (head), Martin Lee Mueller, Reidar Goffeng, Inger Marie Mørner, Arne Johan Furseth, Carl Fredrik Normann, Ola Tellesbø and Anders Krosshavn Vik).

I had proposals/questions concerning up to 6 of the paragraphs of the regulations (vedtekter). At least half of these were followed up by making amendments to the original draft.

Posted by Morten Tønnessen at 08:39 No comments:

Today I received the official appointment letter from the University of Stavanger, concerning my role as an examiner, for the third year in a row, at Examen Philosophicum for nursing students.

The deadline for the one-week home exam this year is November 25th. Unlike last years, there's no alternative school exam. My deadline for reporting grades is December 14th, and the grades will be communicated to the c200 students December 16th at the latest.
Posted by Morten Tønnessen at 05:11 No comments:

This is the poster series of our upcoming Shared Worlds seminar, to be held in Oslo in mid-October. High resolution posters in PDF and JPEG format (in two versions) are available for download at our event webpage. Feel free to distribute liberally. To register for the event, send an email (including name, nationality, affiliation/position) to shared.worlds.oslo@gmail.com. 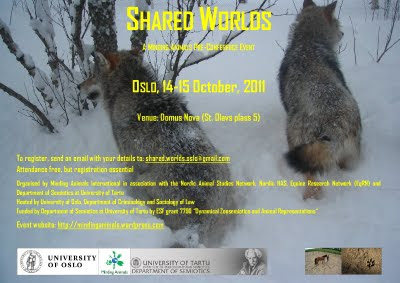 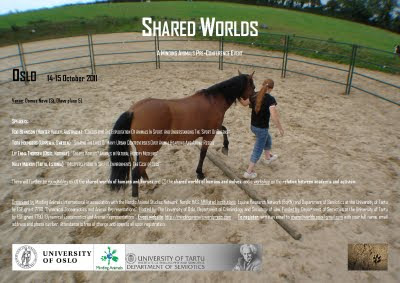 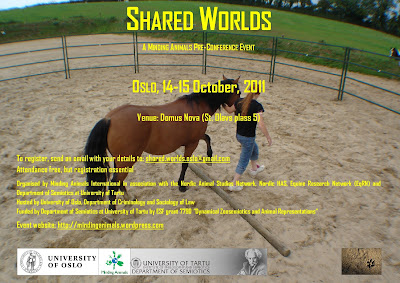 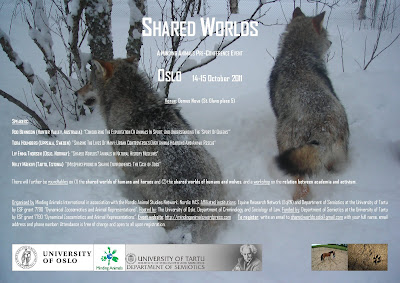 Posted by Morten Tønnessen at 05:09 No comments:

The Norwegian HAS anthology I an involved with, with co-editors Ragnhild Sollund and Guri Larsen and in contact with the publisher Spartacus, has gotten a new work title: Hvem er villest i landet her? Dyr som objekter i en menneskedominert tidsepoke [Who's the wildest one in the country here? Animals as objects in an era dominated by humans].

We have further written an all new book project description - concise one, 1 page only, with an Anthropocene theme. Currently awaiting feedback from the publisher.
Posted by Morten Tønnessen at 16:18 No comments:

Beforehand I had sent her, the chair of the committee and her supervisor a three-page written evaluation, commenting on positive and negative aspects of the thesis and posing some questions. The defence lasted for half an hour.
Posted by Morten Tønnessen at 16:11 No comments:

Zapffe; tick attack on Larry David: Links to excerpts from "Semiotics of being and Uexküllian phenomenology" 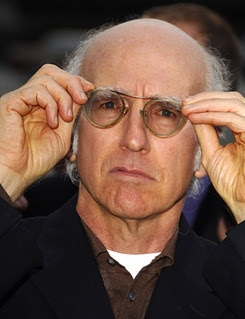 I have published excerpts from "Semiotics of being and Uexküllian phenomenology" in two Norwegian blogs of mine: Utopisk Realisme, my political blog (on Norwegian existentialist Peter Wessel Zappfe's use of Uexküll), and Kardemomme Tidende, my comical blog (on the distinction between semiosis and phenomena, illustrated by a tick attack on Larry David).

See also:
"Semiotics of being and Uexküllian phenomenology" published: Reference; abstract
Posted by Morten Tønnessen at 15:56 No comments:

"Semiotics of being and Uexküllian phenomenology" published: Reference; abstract

Some days back I already received an email from Springer with links to the 110th volume of Analecta Husserliana, where my article "Semiotics of being and Uexküllian phenomenology" appears. The reference is:

German-Baltic biologist Jakob von Uexküll (1864–1944) did not regard himself as a phenomenologist. Neither did he conceive of himself as a semiotician. Nevertheless, his Umwelt terminology has of late been utilized and further developed within the framework of semiotics and various other disciplines – and, as I will argue, essential points in his work can fruitfully be taken to represent a distinctive Uexküllian phenomenology, characterized not least by an assumption of the (in the realm of life) universal existence of a genuine first person perspective, i.e., of experienced worlds. Uexküllian phenomenology is an example of – a special case of – a semiotics of being, taken to be a study of signs designed so as to emphasize the reality of the phenomena of the living. In the course of this paper, I will relate Uexküllian phenomenology to the eco-existentialism of Peter Wessel Zapffe (1899–1990), ecophenomenology (including David Abram and Ted Toadvine), and semiotics of nature (biosemiotics, ecosemiotics, zoosemiotics). I will further make a few remarks on the partial resemblance between Uexküllian phenomenology and Tymieniecka’s “phenomenology of life”, and its difference from the “phaneroscopy” of Peirce.

Posted by Morten Tønnessen at 15:16 No comments:

Where is Utopian Realism being read?

This is the top ten list of countries where this blog is being read the most (number of page views since May 2009). The total number of page views in this period was 12.902. Note that the French number includes a measure of suspicious robotic activity the last few months.

Greetings to all - including to those 30 % of my readers that are from yet other parts of the world!
Posted by Morten Tønnessen at 12:49 No comments:

These are the ten most read blog posts in Utopian Realism since May 2009. Are there any patterns? I see two, at the top 5: An interest in the local, Norwegian theme of Filosofisk Forum/UiA Philosophy Forum, and a coincidential general interest for the keywords "Play, love etc." Apart from the no. 2, the most read semiotic themes are all in the second half of the top 10 list.

Posted by Morten Tønnessen at 12:27 No comments:

A few days ago I was asked, and agreed, to be an examiner at this year's Examen Philosophicum (the Norwegian course in introductory philosophy) for nursing students etc. at the University of Stavanger.

This will be the third time (and year) I do this job.

Posted by Morten Tønnessen at 05:57 No comments:

In the accompanying email, convenor and CEO of MAI Rod Bennison writes that "we now have groups established in Norway, Italy, Germany, India and Australia, with discussions having commenced for Belgium, France and Laos." Further: "We would especially like to hear from anyone interested in setting up Minding Animals 'national' groups."

Letter to the editor addressing alleged islamisation of Europe, democracy, and freedom of speech

In this week's edition of the Norwegian daily newspaper Dag og Tid there is a letter to the editor written by me, entitled "Sanninga om framtida" [The truth about the future] (p. 26). The text is written in response to the terror acts in Oslo and at Utøya July 22nd, and addresses matters of democracy, freedom of speech, critical use of sources, and relating to future scenarios made by scholars from various professions (notably demographers and historians; in this exact case with regard to the alleged 'islamisation' of Europe, a claim which does not have solid scholarly support or foundation).

In the signature of the letter, I am presented as "philosopher and semiotician [plus blogger of the blog Utopisk Realisme]".

The unedited Norwegian text can be read in my Norwegian blog Utopisk Realisme.
Posted by Morten Tønnessen at 05:26 No comments:

Minding Animals Norway to be established

Rune Ellefsen, Rhys Evans and I will from the outset be the three board members of the NGO. The primary task of MAN is to arrange the Shared Worlds event in October. Rounding of that one and a half day event on human-animal relations, the participants will, if there is any interest, discuss possible future activities of Minding Animals Norge, and consider whether its regulations should be altered, for instance opening up for membership and/or local groups.

Minding Animals is an organization - first and foremost a network of scholars and activists - devoted to promoting an ethical perspective in (human-)animal studies, and to make the connection between scholarship and activism related to animals.

See also:
Joining the Board of Directors of Minding Animals International (as alternative representative)
Posted by Morten Tønnessen at 06:46 No comments:

Posted by Morten Tønnessen at 05:26 No comments: 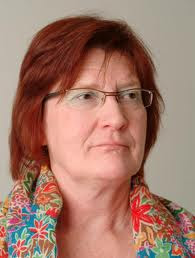 All four plenary speakers for the October 14-15 Oslo Minding Animals event "Shared worlds" are now in place. The fourth speaker to be confirmed is professor Liv Emma Thorsen of University of Oslo (Department of Culture Studies and Oriental Languages). Her talk will be entitled "Shared worlds? Animals in natural history museums".

Already confirmed:
* Rod Bennison: "Considering the exploitation of animals in sport, and understanding the 'Sport of Queens'"
* Tora Holmberg: "Sharing the lives of many: Urban controversies over animal hoarding and animal rescue"
* Nelly Mäekivi: "Misunderstandings in shared environments: The case of zoos"

See our event page, and Facebook page, for further info (registration is free for anyone interested).
Posted by Morten Tønnessen at 06:05 No comments: