Abstract: "Wealth and freedom: Beyond planet B"

I have just finished the book chapter abstract below, for an invited chapter contribution.


Wealth and freedom: Beyond Planet B
Author: Morten Tønnessen, Professor of philosophy, Department of social studies, University of Stavanger, Norway

The Norwegian philosopher Peter Wessel Zapffe (1899–1990), a pioneer in Norwegian eco-philosophy and the conservation movement, can best be characterized as an eco-existentialist. In this chapter I discuss his economic outlook and compare it with philosophical and economic viewpoints of fellow-philosophers Adam Smith and John Stuart Mill. His philosophy of technology had a critical favour, and he tended to assess technological innovations in light of how they affected what he called the “brotherhood of suffering”, ranging, according to Zapffe, from the amoeba to the human being. In his view, modern humans faced with existential dilemmas “save themselves” by using four “mechanisms of displacement”, namely isolation or expulsion of disturbing thoughts and emotions, conventional beliefs, distractions, and sublimation. As existentialists in general, he favors the authentic, autonomous life. In the context of nature conservation, Zapffe was outraged by the “vandalism” that takes place in modern society in the name of economic progress, because it destroys nature, but also because it removes possibilities for living a fulfilling, multifaceted life in nature (and where else are we?).
A bridge between the thinking of Zapffe and that of John Stuart Mill is implied in the question: What sort of economy maximizes freedom, especially with regard to individual life style choices? The liberty to choose how to live one´s life is fundamental to a liberal such as Mill. He emphasizes the utility that human inventions and action patterns should have for us to label them as progressive or sound, and stresses the value for society of allowing a variety of individual lifestyle choices. Like Adam Smith, Zapffe too was concerned about the moral sentiments of people, though he had a bleaker view than Smith on the impact that egoism vs. altruism has on society´s development. Based on the ethical, existential and economical outlooks of Zapffe, Mill and Smith, I will look for commonalities and differences in their views on wealth and freedom. This will result in a liberal eco-philosophical vision of future societies.
While environmentalists use “There is no planet B” as a slogan, economists and entrepreneurs are apparently not so sure. Once asked how he related to the prospects of human emigration to Mars, Zapffe (or rather his alias) replied: “Sure, and it'll be exciting the first week. Eventually, though, people will start worrying about how much to tax the uranium mines in order to keep the price of margarine down … the whole thing will repeat itself” (p. 57 in Zapffe 1992). The human condition won´t change by expanding the global economy beyond Earth, and if we don´t solve our current challenges here on Earth, it is not likely that we will solve them by settling on Mars, as entrepreneurs such as Elon Musk and Richard Branson have suggested. Earth´s resources are limited, as is the current economic mindset with its visions of endless growth. The logical end point for such visions is illustrated by Trantor, the administrative planet in a future galactic empire as portrayed by science fiction author Isaac Asimov in his Foundationnovel series. Trantor, with its planet-spanning indoor environment, is a planet were nature has vanished, to make room for the administration of systematic exploitation of resources elsewhere in the galaxy. On Trantor, “nature” is but a faint memory. Its wealth is impressive, but trantorians´ freedom with regard to lifestyle choices leaves much to desire. 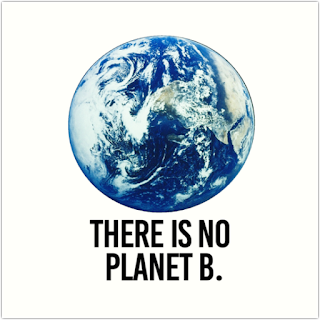