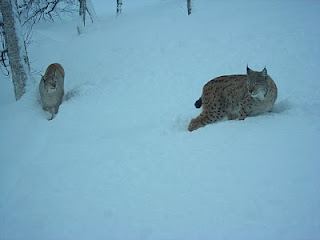 Feeding the lynx: Before entering an enclosure, the zoo keeper has to go through security measures with you. Before entering the lynx enclosure, I was told that they are unpredictable, and "precision hunters". If attacking to kill they would go for my throat. I tried to think of a cat 10 times a cat's size ... which didn't help easing my fear of these Nordic forest cats. On the other hand, they do not commonly attack humans in the wild, and these particular animals are well fed at that. 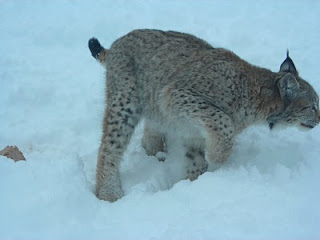 There's three lynx in Polar Zoo. This female appears to be the most curious/courageous of them. She tried to get to eat straight from the zoo keeper's box with meat, and hissed at him when he wouldn't let her. To the left: A piece of animal feed (meat). 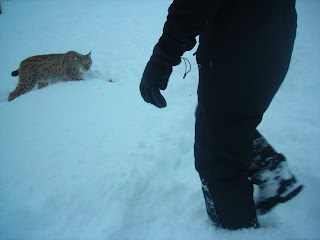 The same female lynx was not afraid of getting close to us - but run off when the zoo keeper pointed the spade at her. 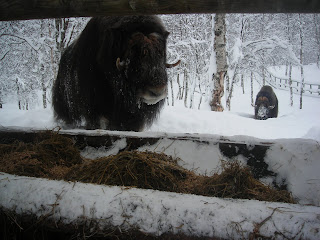 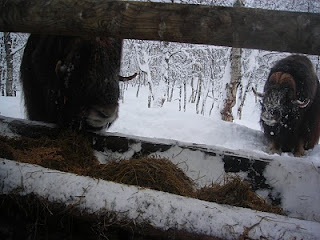 Two times he faked an attack at us - first by leaping ahead and stamping with his front feet, and then, after a few minutes, by "running towards us" - for 1 meter. It did the trick for me - I felt scared (although I was well aware that these were only early warning signals). I wouldn't want to run into this fellow unprotected on a plain.
Posted by Morten Tønnessen at 07:54